Sleep disordered breathing describes any abnormal pattern of respiration which occurs when a person is asleep. Sleep disordered breathing can be seen as a continuum. At one end is simple snoring where vibration within the airway is produced secondary to a loss of muscle activity in the airway during sleep, and at the other end are severe breathing abnormalities where breathing becomes shallow during sleep (nocturnal hypoventilation). This abnormality can lead to respiratory failure and serious health effects. In between these two extremes are those clients who have varying degrees of obstructive and central sleep apnea. 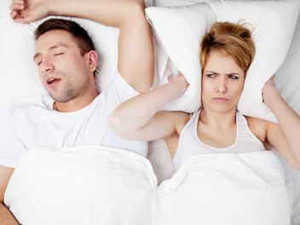 During normal breathing air is taken into the lungs by the action of the diaphragm (for the technically minded, air is sucked in – a negative pressure gradient is created). The human upper airway (the part you can see at the back of the throat – the bit that hangs at the rear called the uvula and behind the tongue) is held open during breathing by muscles (these are called dilator muscles because they stop the airway from collapsing).

Normally the muscles in the upper airway relax as you fall asleep, and so there is a possibility that the upper airway can experience vibration (snoring), partial (hypopnea) or even complete closure (apnea).

The sleeper is usually unaware that they are snoring or they are occluding the airway.

Symptoms that may require a sleep study

Sleep apnea can occur in males and females of any age. It is more common if the airway is small or longer than normal; these conditions make it more likely that the airway will close during sleep. Factors that increase the risk of a small upper airway include being human (long airway versus other species), a male (long airway), being overweight especially if there is an abdominal distribution of fat, large tonsils and a jaw that is small or set back on the skull. Other factors such as a blocked nose also contribute to risk.

Are there different types of sleep apnea?

Yes, there are two main types of sleep apnea but obstructive sleep apnea is the most common type by far.

Central sleep apnea occurs due to a lack of respiratory effort during the breathing stoppages. In central sleep apnea no blockages of the airway occur, rather the message from the brain that drives breathing cease for a short time. This form of sleep apnea can occur in those with heart disease, after a stroke or head injury and when taking certain medications (e.g. strong pain relievers). The management of central sleep apnea may differ from obstructive sleep apnea but new advances have occurred resulting in effective therapies.

What are the signs and symptoms of sleep apnea?

The symptoms related to sleep apnea vary greatly. There is no universal pattern with patients reporting differing types and intensities of symptoms. Interestingly the vast majority of sleep apnea sufferers have only mild issues or don’t exhibit any symptoms. Unfortunately many perceive their symptoms as a normal part of aging, not realising that they have a reversible medical condition.

Symptoms reported by the sufferer or their partner may include:

For more information see our page on:

Sleep apnea can have serious medical consequences and should be investigated and managed whenever it is suspected. Call 02 6282 1723 or fill in our contact form to see how we can help you.